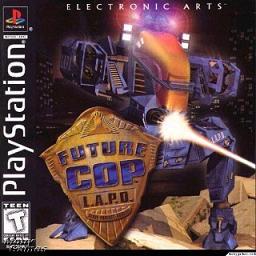 A Third-Person Shooter released in 1998, Future Cop: L.A.P.D. is a spinoff of sorts from the Strike Series, following you, the pilot of the Transforming Mecha X-1 Alpha and your coordinator. Your mission is simple: over the course of eight missions, restore law and order to the hellhole that is the future-LA of 2098 with missiles, miniguns, mortar and grenade launchers, flamethrowers, rockets, beams, mines, and more.