Series / The Legend Of William Tell 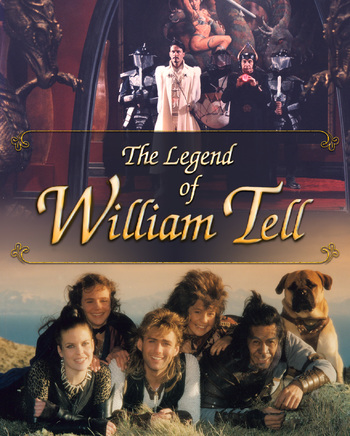 A sixteen episode fantasy series from New Zealand, loosely based on the legend of William Tell. In this version, Will, named for his country's great hero, is a farm boy living with his parents. Kreel, a dark magician, raises Xax to overthrow the King and Queen and take control of the country. Kalem, a light sorceress, chooses Will to rescue the young princess Vara and find the crystal arrow that will enable her to get rid of Kreel. Will assembles a Ragtag Bunch of Misfits and they spend a lot of time hiking around New Zealand's beautiful scenery.

The television series contains examples of: