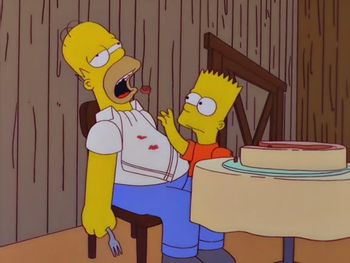 When a steak-eating contest between Homer and a beloved trucker proves fatal for the latter, Homer (accompanied by Bart) decides to complete his final run for him. Meanwhile, Lisa and Marge buy a new doorbell, but can't get anyone to ring it.