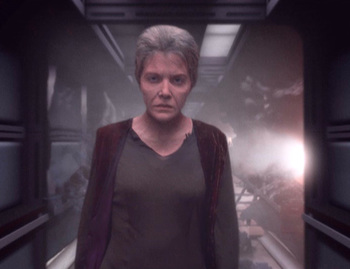 This is... probably not how you were expecting to see Kes again.
An older and more powerful Kes returns and in the first few minutes kills B’Elanna Torres and transports herself back in time to the year Voyager first arrived in the Delta Quadrant. Angry and bitter over the way her life has gone after she left Voyager, she plans to betray the crew to the Vidiians and return her younger self to Ocampa.