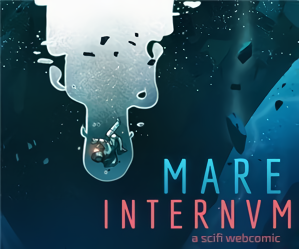 is a completed SciFi webcomic by Der-shing Helmer, author of The Meek. The story kicks off in a research station on Mars, during the early days of colonisation, and Dr. Mike Fisher has just been fired and is due back on Earth. He’s not very happy about it.
Advertisement:

The comic is complete. A backup can be found here