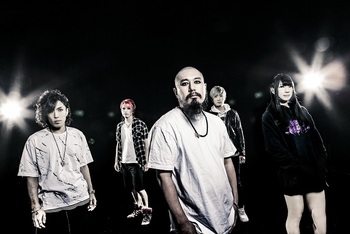 Blood Stain Child is a Japanese five-piece Visual Kei heavy metal band formed in Osaka in the year 2000. Originally a Melodic Death Metal band with heavy Symphonic Metal stylings and Synth-Pop influences, they have since opted for a musical style that combines Melodic Death Metal, Industrial Metal and various styles of Electronic Music including trance, techno and Japanese Pop Music. On 2016, they formed a new indie label called Earth Nation Records, after they were signed to Pony Canyon (until 2011) and Lantis (until 2014) in Japan. While they haven't found any mainstream success, the band has had continued success in Japan and has performed in many events and conventions all over the world.

Despite their success, the band has had several lineup changes over the course of their musical career, with only one of the band's original lineup still active.

It is arguable that they are part of the Visual Kei movement as they have not explicitly referred to themselves as such, but they have used visuals and costuming similar to many established Visual bands, with the remaining members of the original lineup being the most Visual members of the band. All the band's current and former members have had their start in or have worked with various independent Visual Kei bands.

Members (All members use Stage Names)