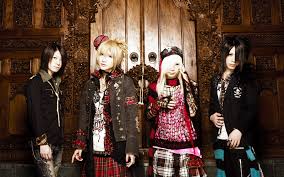 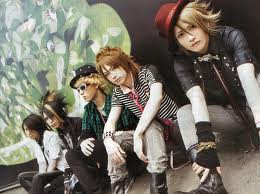 An Cafe is a Japanese Oshare Kei pop punk rock band formed in 2003 and signed to Sony Music Japan. Originally a four-piece, the band underwent a lineup change after guitarist Bou left the band in 2007; he was replaced by current guitarist Takuya and later joined by keyboardist Yu-ki. The band has released four full-length studio albums and three EP's before going on hiatus in 2010. They resumed activities on April 2012.

They were part of the second wave of Visual Kei bands, together with The Gazette, Nightmare, Deathgaze, exist†trace, Miyavi, and Dir en grey. Their sound is described as "Harajuku Dance Rock" and were one of the early pioneers of the Oshare Kei sub-movement.

An Cafe provides examples of: