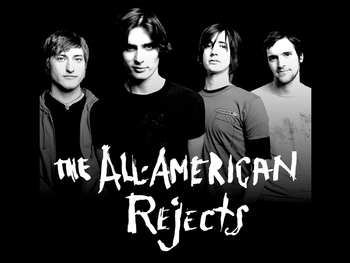 The band reached its current lineup shortly before the release of their self-titled debut album in 2003. The band's best-known songs are "Swing, Swing", "Dirty Little Secret", "Move Along", "It Ends Tonight" and "Gives You Hell", the last one also being their best-selling. The band's most recent album was released in 2012. The band has released a new single in October 2015 and a fifth album is believed to be in the pipeline.

When all you gotta trope is strong / Move along, move along / Like I know you do:

Right back what is wrong
We move along