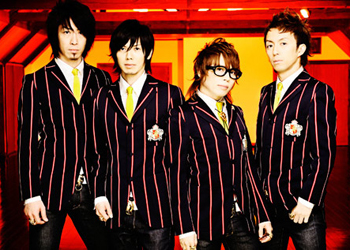 abingdon boys school is a J-Rock/Pop band whose music has been featured on many Japanese-based video games and animated series.

The band began in 2005 when Takanori Nishikawa, known for his pop music as T.M.Revolution, decided to try his hand at rock music, alongside guitarist Sunao and Hiroshi Shibasaki. They continued to discuss forming a band until an offer came to record a song for manga series Nana. The three presented a demo to producer Toshiyuki Kishi who became the fourth member of the band

The band is named after a school in Oxfordshire, the school most known for the location where the band Radiohead was established. But the band is also named after frontman Takanori Nishikawa's (and this is completely true) love of the automobile's "Anti-lock braking system" and due to the acronym A.B.S sounding similar to the Tokyo district "Ebisu".