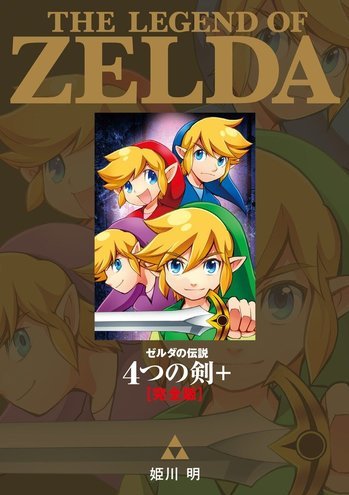 Link is a promising young swordsman in the Kingdom of Hyrule, but refuses to work with older knights and fights by himself. When Princess Zelda is kidnapped by the demon Vaati and an evil version of himself, Link is forced to take the magical Four Sword and is split into four identical heroes. The dysfunctional groupmates compete against each other as well as their enemies as they work to save Zelda.

In 2017, the manga was rereleased in English as the Legendary Edition, featuring the entire manga, a new cover, and interviews.