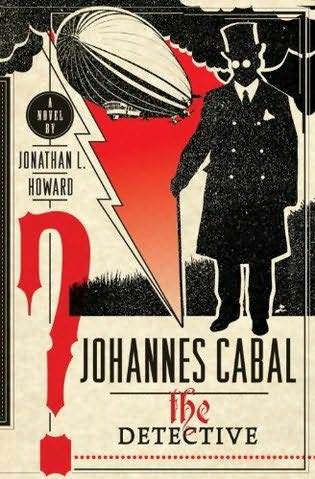 The second novel in Jonathan L. Howard's Johannes Cabal series. Johannes Cabal, a necromancer of some little infamy, is in a prison in the fictional Eastern European country of Mirkavia after attempting to steal a rare necromantic text. A plot is hatched by his jailor to exploit Cabal's talents, and Cabal soon uses the opportunity to escape in disguise aboard an aeroship leaving the country. However, while Cabal is still a wanted man in Mirkavia, what is on board the aeroship proves to be every bit as dangerous as it soon becomes clear that, in addition to a face Cabal never thought or hoped to see again, a killer is on board-and Cabal's efforts to find them is hampered by his disguise. Complications abound and soon even Cabal might be out of his depth.

Also included in the novel, as a sort of epilogue, is "The Tomb of Umtark Ktharl" which is framed as the story of an amateur spy in a private men's club telling his own adventure-in which he meets a certain necromancer.

Johannes Cabal the Detective has examples of:

They are nonplussed by the Mirkarvia disdain for tea.