Film / I Could Never Be Your Woman 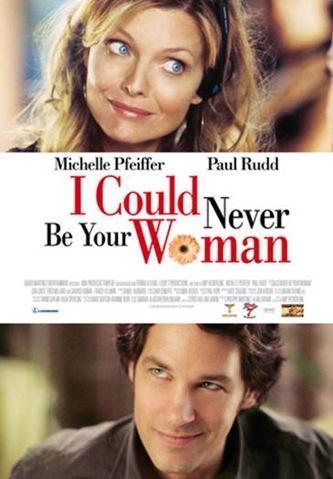 I Could Never Be Your Woman is a 2007 romantic comedy film written and directed by Amy Heckerling, starring Michelle Pfeiffer, Paul Rudd, and Saoirse Ronan.

Rosie Hanson is a divorced woman in her 40s who writes and produces a teen sitcom. She becomes involved with a 29-year-old man named Adam Pearl, who is cast in a guest role on her show. While she worries about their age difference, as well as Executive Meddling and possible cancellation, her daughter Izzie stresses over her first crush, on a boy named Dylan. Meanwhile, Rosie's secretary, Jeannie, tries to break up Rosie and Adam, by manufacturing evidence to suggest Adam is secretly seeing Brianna Minx, the star of Rosie's show.