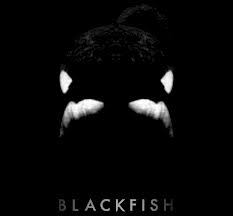 Blackfish is a 2013 documentary directed by Gabriela Cowperthwaite that investigates the death of a trainer at SeaWorld due to the actions of one of the captive orca whales, Tilikum. The documentary poses the debate as to whether it is possible or not to keep such creatures like orcas in captivity due to them being very difficult to control.

Released to overwhelming praise amid controversy over alleged ethics, the film functions as a terrifying exposé of SeaWorld and other marine parks like it, contrasting the family-friendly place SeaWorld presents itself as and the disturbing reality of abuse, cover-up and unlawful practices hidden behind the veneer. Partially due to the documentary, SeaWorld's profits went down, and countless people have boycotted it in response, leading them to eventually phase out their orca shows entirely.

Try to tell SeaWorld to save the whales from having examples here: