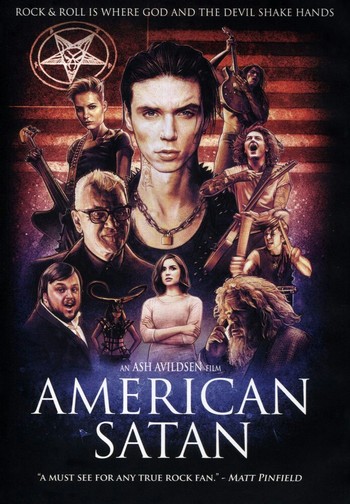 "That's the duality of rock and roll."

The modern day rock band The Relentless, helmed by 23-year-old Johnny Faust and comprised of members half from the US and half from England, are thrust into the seedy underbelly of rock-and-roll as their mysterious benefactor, Mr. Capricorn, elevates them into icons. The only catch?

He's the Devil, and he's got some plans with The Relentless.

American Satan also serves as a Pilot Movie to the series Paradise City, which follows the aftermath of the events of the film. The series began streaming on Amazon Prime in March 2021.