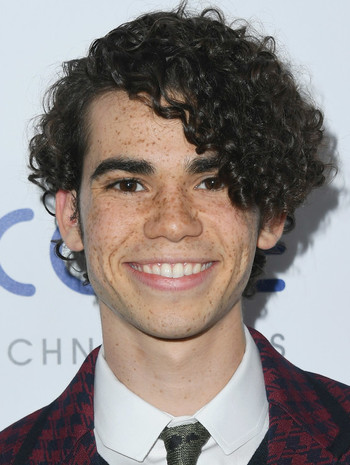 Cameron Mica Boyce (May 28, 1999 – July 6, 2019) was an American actor from California. After getting his start in minor film roles, he then became well known for his role as Luke Ross in the Disney Channel series Jessie, who he would portray again for his occasional appearances in the spinoff series Bunk'd. He was described as being a very kind and caring person, well known for his charity work.

morning hours of July 6, 2019, he passed away in his sleep due to a seizure triggered by epilepsy, which he was being treated for just prior to his death. He was 20 years old. The news greatly affected everyone who knew him, including his Jessie co-stars and Adam Sandler. Disney Channel put out their own tribute

for him in memory of him.