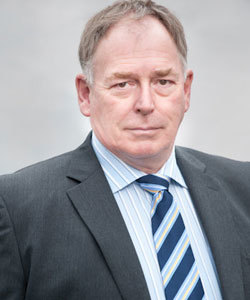 Garry Gordon Marcus Chalk (frequently credited as Garry Chalk or Gary Chalk) is a British-born Canadian actor and voice actor. Chalk was born in Southampton, England on February 17, 1952, and moved to Vancouver, Canada in 1957. He has been involved with professional theatre since 1978, and has performed at The Playhouse, The Arts Club and numerous theatres in British Columbia, Ontario and Alberta. The last live stage production he did was A Funny Thing Happened on the Way to the Forum, where he played Milos Gloriosous. He also performed in Henry IV and As You Like It at The Playhouse, as well as Dracula and Passion at The Arts Club.

He is a veteran of over 1,500 animated productions, benefited by a dignified voice and a strong range. He has mostly done work with The Ocean Group.

Most of his career has been in film and television, mostly those based in the Vancouver, BC area.

Some of his animated film roles include: