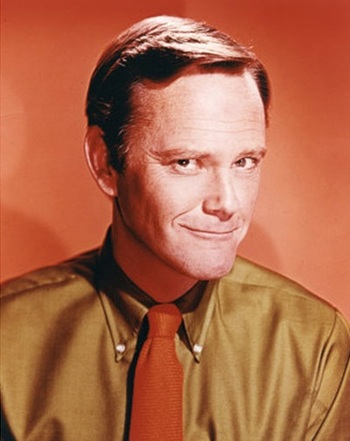 Richard Stanford Cox (April 19, 1930 – July 8, 1994), best known by the stage name Dick Sargent, was an American actor, notable as the second actor to portray Darrin Stephens on the fantasy sitcom Bewitched. Ironically, Sargent was originally offered the role of Darrin at the beginning of the series in 1964 (albeit while it was under a different production team than the one that ultimately ran the series), but turned it down to do a short-lived sitcom.