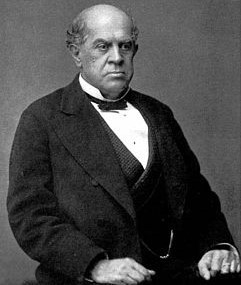 In his country, he is considered to be a "prócer" (a kind of patriotic hero), primarily for his educational revolution; as he hired North American teachers to help create a national elementary school system, and made it mandatory throughout the entire country. This revolution was a quintessential part of his plans for the modernization of Argentina, and is one of the main reasons why Argentina ranks so highly in education and the Human Development Index among Latin American countries.

However his role in history is now strongly questioned, as he is recognized for his invokedracism and xenophobia, and for his controversial ideas about what he considered the "barbarian" population of Argentina, which consisted of Gauchos and Native populations (which he viewed as The Savage Indian). Hell, even early Argentine literature such as Martín Fierro harshly criticized his domestic policies. Juan Bautista Alberdi, who helped write Argentina's constitution, called him a "Caudillo with Frac", an oppressor and tyrant with bloodied hands, as he waged war against Paraguay and the province of Entre Ríos, which were among the most progressive states in South America in the mid 19th century.

His literary works (with articles on this wiki) include: