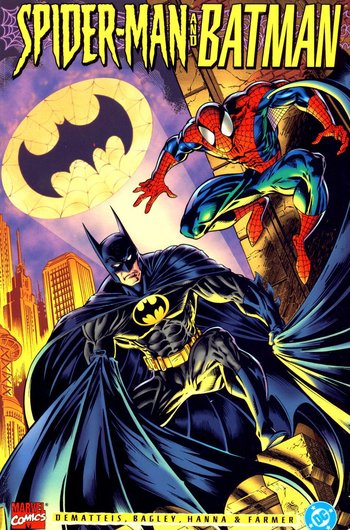 Spider-Man and Batman: Disordered Minds is a 1995 alternate continuity one-shot crossover (though not under the Elseworlds label) written by J. M. DeMatteis.

Spider-Man and Batman team up to stop The Joker and Carnage. It was followed by Batman & Spider-Man: New Age Dawning in 1998 which featured Ra's al Ghul and The Kingpin.