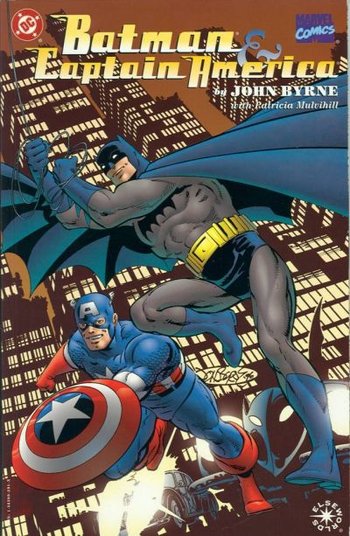 Batman & Captain America is a 1996 Elseworlds one-shot crossover written and illustrated by John Byrne, with coloring by Patricia Mulvihill. Batman and Captain America team up to stop Red Skull and The Joker.