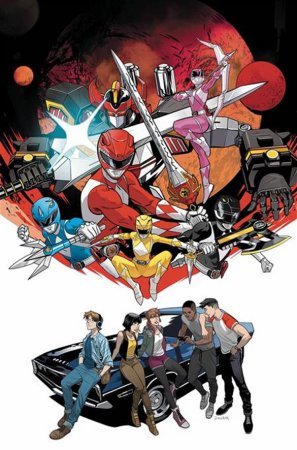 "It's morphin' time!"
Mighty Morphin' Power Rangers is a 2016 comic book series based on the Power Rangers franchise in general and the first installment of the same name in specific, and is published by Boom! Studios. The series is a reboot happening in a different timeline to any past media or the 2017 movie, and is more mature than the series' usual campy tone.

This continuity forms the major framework of the Fighting Game Power Rangers: Battle for the Grid, which among other things features resident series Big Bad Lord Drakkon as a major figure.

The series' original writer Kyle Higgins has since moved on to adapt a second Japanese superhero show into an American comic book, The Rise of Ultraman. 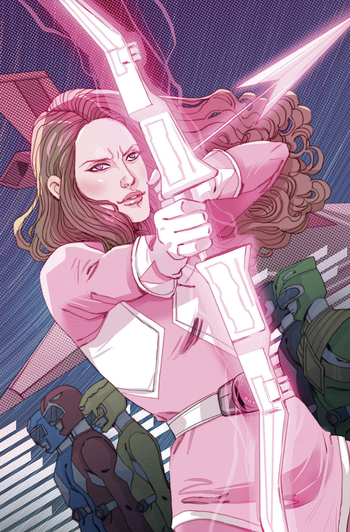 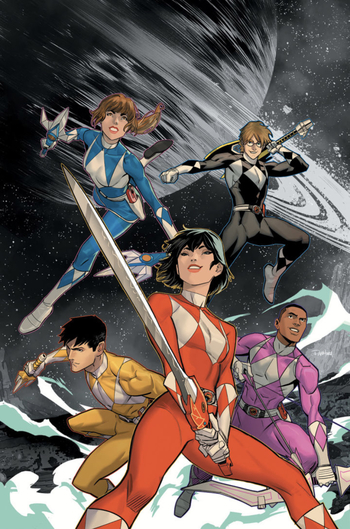 Soul of The Dragon 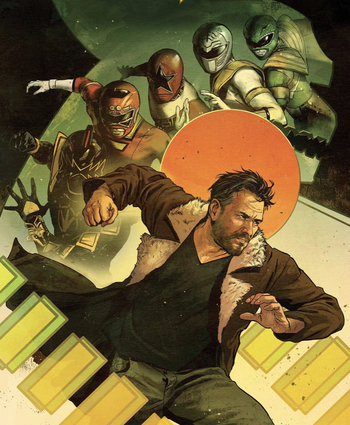 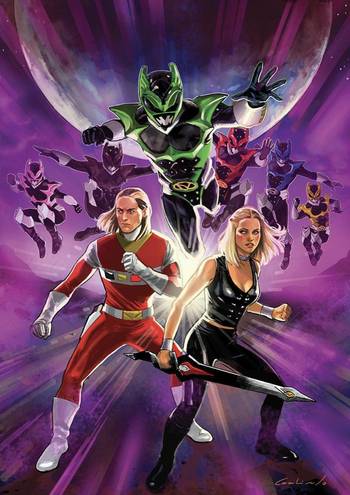 Power Rangers: Sins of the Future 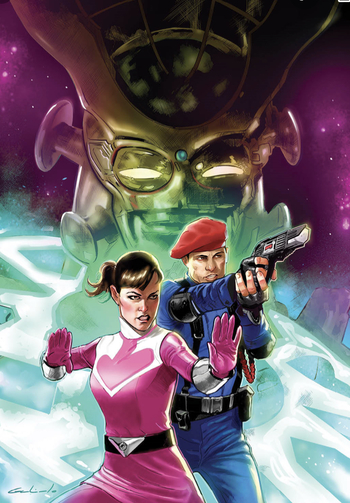