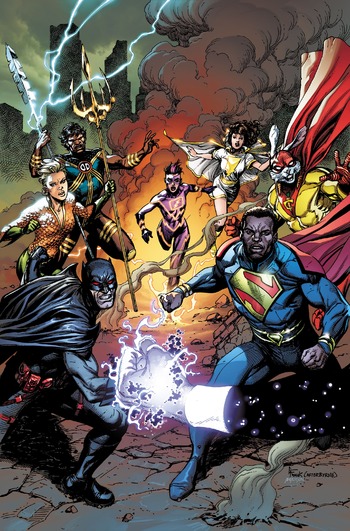 A new League for a new frontier.
Advertisement:

After the events of Infinite Frontier, Justice Incarnate, newly renamed to Justice League Incarnate, seek to stop Darkseid from taking control of the multiverse. However, their first step is to find Barry Allen, who went missing after being manipulated by Psycho-Pirate.

Needing a new Flash, Justice League Incarnate enlists the aid of another Flash from Earth 0, Avery Ho. They are also joined by new superhero Doctor Multiverse, whose powers connect her to the Omniverse.