Hutt Space
A region of the galaxy that encompasses portions of the Mid and Outer Rim Territories. Most of Hutt Space was controlled by the Hutt Clans until their loss of power after the fall of the Empire.

A lush and watery world. Throughout history, it had been used time and time again by cartels to hide their smuggling operations. During the Galactic Civil War, it was the site of one of the conflicts between the Empire and the Rebel Alliance. At one point during the war, Han Solo teamed up with Saponza and his gang to raid a local cartel den that had been hoarding medical supplies. It was also discovered that an Imperial Advanced Weapons Division secret facility on the planet housed Project Blackwing and it threatened to infect the rest of the Galaxy. Fortunately, this was put to an end by Saponza and his gang before it could spread any further beyond the facility.

See her entry on the Resistance Starfighter Corps page. 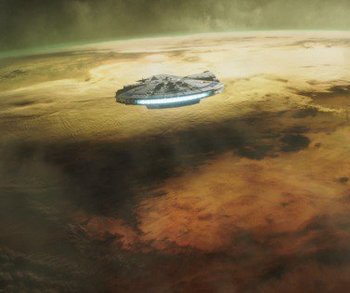 Home to the Kessel Run and the prisoner labor camps known as the spice mines of Kessel. Being sentenced to Kessel was considered a death sentence due to the brutal mining conditions, harsh treatment of slaves, and the burning sensation of raw spice.

The Royal Family of Kessel

Appear in: The Clone Wars | Rebelsnote All There in the Manual mention only

The Royal Family of Kessel, who during the last days of the Republic and the reign of the Galactic Empire, turned a blind-eye from the merciless mining operations in the spice mines of Kessel and the fact that spice was being used as a drug by criminal organizations such as the Pyke Syndicate, preferring to live in the opposite hemisphere of the planet in their luxury homes instead.

Homeworld of the Nikto species. Following the Hutt's loss of power in the fall of the Empire, the Nikto struggled to build a independent government of their own. Several Nikto led criminal cartels rose up in the vacuum of power and began expanding from Kintan. 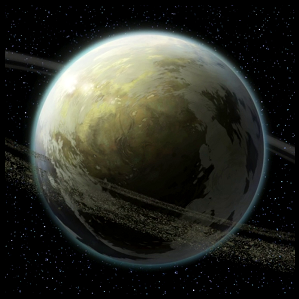 The homeworld of the Hutts, and thus the capital of Hutt Space and a haven for criminal activity.

Voiced by: ???
Appearances: The Clone Wars

The owner of a pawn shop at the Bilbosa Bazaar, where escaped criminals Cad Bane, Moralo Eval and Rako Hardeen came to pick up some new clothing. 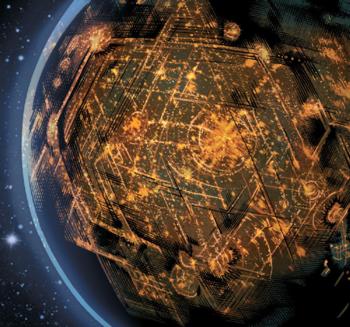 Also known as the "Smugglers' Moon", the moon of Nal Hutta was infamous for its large criminal underworld home to bounty hunters and Hutt crime lords.

A species native to Nar Shaddaa that was turned into slaves or vassals by the Hutt Cartel when they conquered the moon.

Appearances: Darth Maul | Marvel's Star Wars
"Kill him. Rob him. Feed him to the scum-squids."

A male Zabrak who operated a bar, having inherited it from his father after he died. During the Galactic Civil War, his bar would be visited by Luke Skywalker during his search for safe passage of Coruscant.

Nar Shaddaans on other pages

Long ago, Nar Kanji was a Hutt colony that enslaved its original human colonists, and was consequently subject to constant exploitation and oppression. After the gang war between the Hutt cartels that ensued as a result of the Evil Power Vacuum from the death of Jabba the Hutt, the powers of the cartels were weakened, allowing the human slaves to overpower their masters and take over. The Kanjiklub crime organization originated from this world after the Hutts were overthrown.

In General
Nar Kanji on other pages

A world that was conquered by the Hutt Cartel, who turned the native Sakiyans into slaves and vassals.

A desert planet that is home to the reptilian humanoid Weequay. It was one of the many worlds conquered by the Hutt Cartel with its population being forced into slavery or becoming vassals for the Cartel. 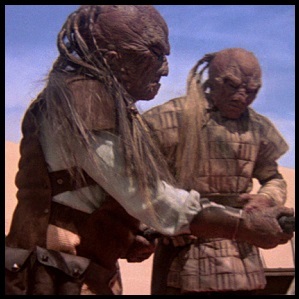 The natives of Sriluur, the Weequay have been held as servants of the Hutts for centuries. They are ubiquitous throughout the galaxy as bodyguards, bounty hunters, or other violent professions due to their tough leathery skin, which originally helped them survive the rough conditions of their homeworld, making them somewhat resistant to blasterfire.

A temperate world with forests and swamps. Home to the Toydarians, the planet is ruled by a monarchy. Although it is located in Hutt Space, Toydaria retains some independence from the Hutts. During the Clone Wars, it attempted to remain neutral before allying with the Republic. 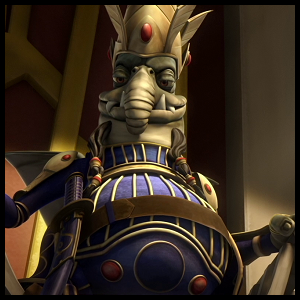 Voiced by: Brian George
Appearances: The Clone Wars
"You have my faith. Toydaria would be honored to host a Republic base. My people are at your service."

King of Toydaria, Katuunko attempted to keep his world neutral in the Clone Wars. He eventually sided with the Republic after seeing firsthand how the Jedi and the Clone Army could protect his people.

A swampy planet conquered by the Hutt Cartel, who turned the local Vodran species into slaves and vassals. During the reign of the Empire, Imperials forced crime lady Harra the Hutt to flee her stronghold on the planet. It was reduced it to rubble, accidentally letting Harra's imported animals free. During the Second Galactic Civil War, the disbanded J-Squadron of the Resistance were sent to Vodran to scavenge for supplies, but ended up coming across the wildlife that resulted from Harra's escaped creatures years ago.

See her entry on the Hutt Clans page.