All spoilers regarding the Skywalker Saga, The Clone Wars, and Dark Disciple are unmarked. Examples relating to Disney's films and EU can be spoiler-tagged if deemed necessary. 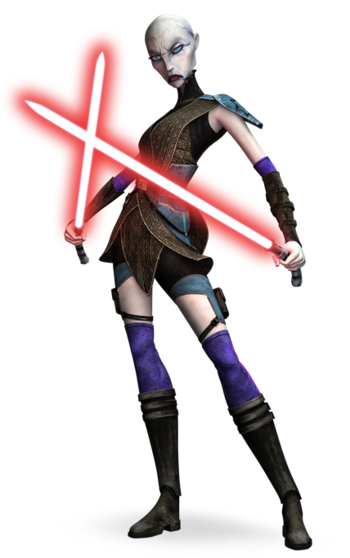 "Do you think you'll still be able to call on the Force even after I've separated your head from your body?" 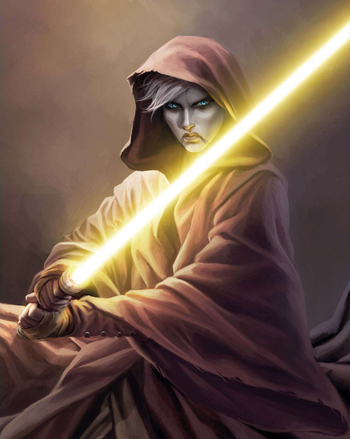 As an infant from Dathomir, Asajj Ventress was given over to a slaver from Rattatak to spare the rest of the Nightsister tribe from a similar fate. After the slaver was killed in a pirate attack, Ventress discovered her strength in the Force and was taken under the wing of a Jedi Master named Ky Narec. After Narec was killed, Ventress succumbed to the Dark Side, eventually becoming a Sith apprentice and loyal assassin to Count Dooku and serving him during the Clone Wars. However, late in the Clone Wars, Darth Sidious grew concerned by Ventress's growing strength and ordered Dooku to kill her, to which the Count reluctantly complied. Ventress survived the attack and returned to Dathomir, seeking aid in avenging the Sith Lord's betrayal. After a complex series of events that saw the creation (and rebellion) of the monstrous Savage Opress, Dooku ordered an assault that all but destroyed the Nightsisters, leaving Ventress to fend for herself in the galaxy.

She later tried to atone for her actions, getting close to Jedi Master Quinlan Vos, but was tragically killed by her old master.