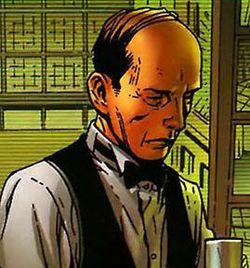 Butler to the Stark family, Edwin Jarvis went on to be the caretaker of the Avengers Mansion and has laid his life on the line for them several times. 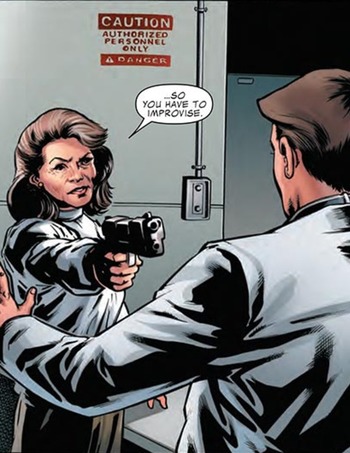 An American agent with the French Resistance during World War II and Captain America's former girlfriend. 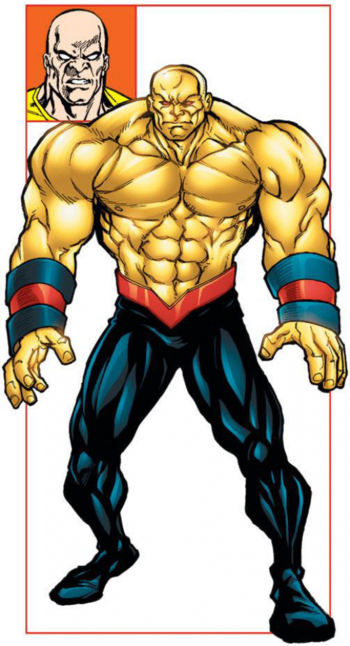 Robert Frank Jr is the mutant son of the WWII superheroes the Whizzer and Miss America. After his mother was exposed to radiation during an accident, Nuklo was sealed away in a time capsule for 25 years, in an attempt to decrease his radiation levels.

Being unleashed from his prison, he battled the Avengers. Despite his lack of intelligence, Nuklo became a powerful threat and even joined the V-Battalion alongside other WWII Superheroes. Whether on his own or in a team, Nuklo is extremely dangerous. 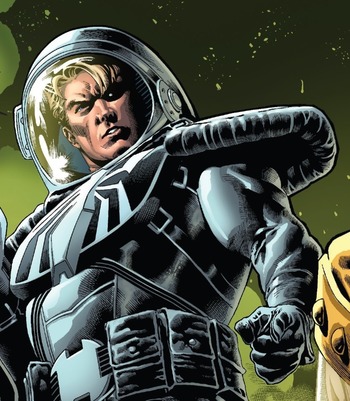 John Jameson is an astronaut, a test pilot and for his father J. Jonah Jameson the archetype of a true hero unlike these “masked clowns” like Spider-man. John has also been transformed into a Werewolf-like creature called the Man-Wolf, and was once host to the Carnage Symbiote. 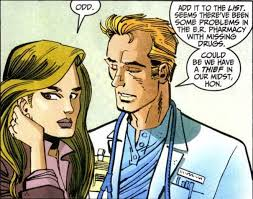 Dr. Keith Kincaid is the model Odin used for the Don Blake persona he created as a punishment Thor. 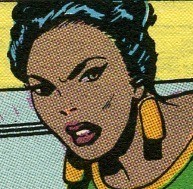 Talia Kruma was a brilliant engineer, architect and designer and a member of the Whiz Kids, a group of scientists working for Bill Foster at Stark International in Los Angeles. She was a very private person, an enigma even to her friends, which was due to her feeling guilt over her lover Neil's death.

Talia was a member of the Avengers Support Crew for a time as a resident scientist. 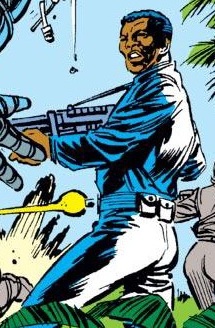 A mechanic from Wakanda who Captain America recruited for the Avengers support staff. 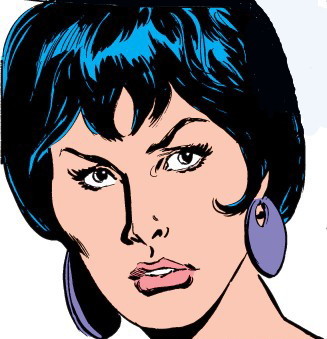 Diane Arliss Newell is the sister of Todd Arliss, aka Tiger Shark, and the wife of Dr. Walter Newell, aka Stingray. 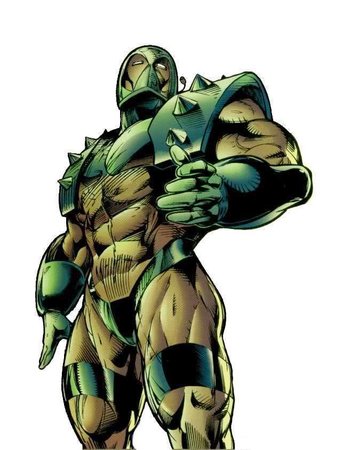 Michael o'Brien was a police sergeant who believed Iron Man was responsible for his brother's death. After fighting Iron Man as the Guardsman, he discovered his mistake and became an ally to Iron Man and the Avengers. He acted as Iron Man briefly and fought Sunfire and the Mandarin.

Genji Odashu was one of three co-protagonists of the "Shogun Warriors" series. She was a Japanese professional test pilot and was chosen to pilot Combatra. 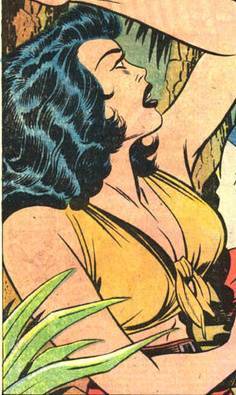 Donna Maria later took on a job with the Avengers as part of their ground support crew, and served in that capacity for a time 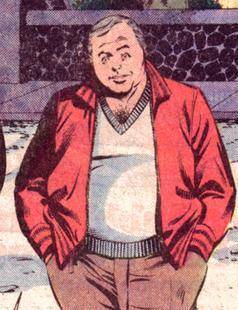 Arnie served with distinction in World War II as a sailor. He did run into Steve Rogers at this time and marveled that he had undergone such a physical transformation (courtesy of the Super-Soldier Serum that made him Captain America). 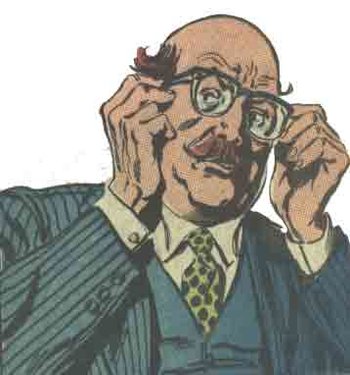 Member of the National Security Council. 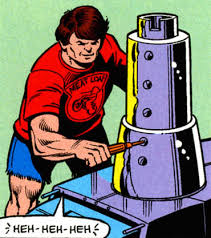 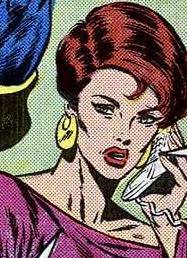 When the Commission on Superhuman Activities claimed legal ownership of the title, costume, and shield of Captain America on behalf of the government, Steve Rogers consulted with Inger Sullivan about his legal options. Although Ms. Sullivan had several ideas about possible defenses, Rogers, ultimately chose not to bring the matter into court. 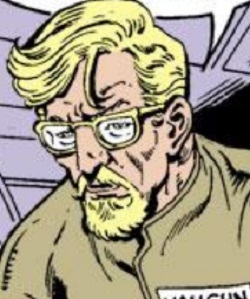 Gilbert Vaughn is the father of Quasar (Wendell Vaughn). 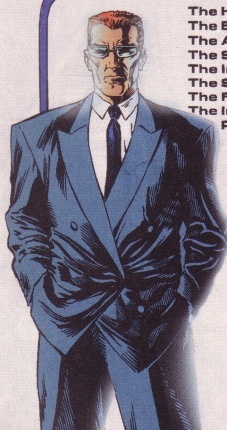 The Avengers's old government liason. Also a gigantic doucebag. Despises all superpowered humans, especially mutants, and aliens. Has often been associated with the Sentinels project. 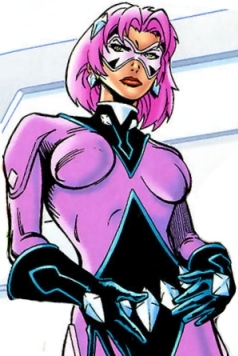 Brilliant and tough, Goliath fought evil using a variation of the Pym Particles. He was killed during the Civil War by Ragnarok, a clone of Thor. He was succeeded by his nephew, Tom Foster. 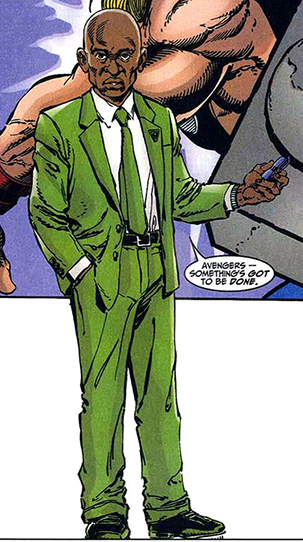 Duane Jerome Freeman was one of a line of government liaisons to the Avengers. He was one of the most supportive liaisons the Avengers ever had, being a long time fan of the team and having several Avengers collectibles. 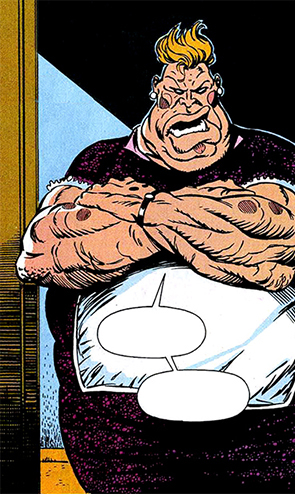 Marilla was Luna's nanny, and her mother Crystal's nanny when she was a girl. She was murdered by a brain washed Tony Stark. 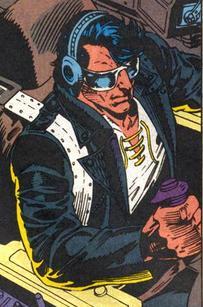 Moonhunter formerly worked alongside Dredmund Druid and, after crossing paths with Captain America, became a member of the Avengers personal support staff. He is a master pilot, and an occasional werewolf hunter.