Characters / A Song of Ice and Fire - House Hoare

This is a listing of members of House Hoare who appear in A Song of Ice and Fire.

The Black Line, The Black Blood 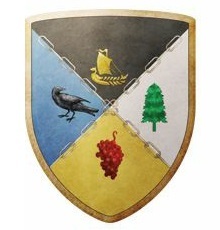 "They were black of hair, black of eye, and black of heart."
—Archmaester Hake

The extinct Great House from the island of Orkmont that ruled as Kings of the Iron Islands and King of the Isles and the Riverlands. At the height of their power, they held most of the western coast of Westeros, from the Arbor to Bear Island. House Hoare's banner represented the distant lands that had been under the rule of the house: the longship for the Iron Islands, the green pine for Bear Island, the grape cluster for the Arbor, and the black raven for the maesters of Oldtown; all bound by the iron chains of the ironmen.

House Hoare was extinguished during Aegon The Conqueror's wars of conquest, as King Harren The Black was cooked inside his keep of Harrenhal alongside his heirs via dragon fire. All Ironborn dominions outside the Iron Islands (The Riverlands, The Arbor, Oldtown and Bear Island) were stripped from them, and the Ironborn elected House Greyjoy of Pyke to succeed them.

A High King of the Iron Islands who took the ironborn to one of their expansionist peaks. 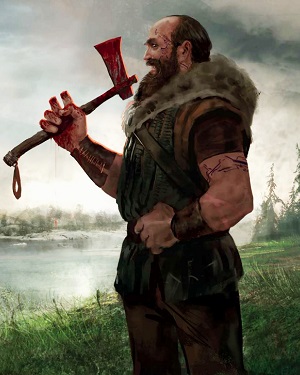 The first King of the Iron Islands from House Hoare after the fall of House Greyiron.

Harmund I Hoare, known as Harmund the Host, was a King of the Iron Islands from House Hoare.
King Harmund Hoare II

Harmund II Hoare, known as Harmund the Haggler, was a King of the Iron Islands from House Hoare.Harmund spent his youth as a ward of House Lannister of Casterly Rock. A great traveller, Harmund II is said to have been the first iron king to visit mainland Westeros in peace. Once king, he married Lady Lelia Lannister, the daughter of the King of the Rock. He also visited Highgarden and Oldtown to discuss trade.

The last of the three Harmunds, the successive kings who brought the Ironborn to the height of their peaceful power. He attempted to make several reforms to the Iron Islands, but failed at it.

Brother of Harmund the Handsome, he succeeded his brother as king and undid his reforms while allowing the mutilation of both his brother and mother. He was defeated and killed by an army from the Westerlands in revenge.

King of the Isles and the Rivers 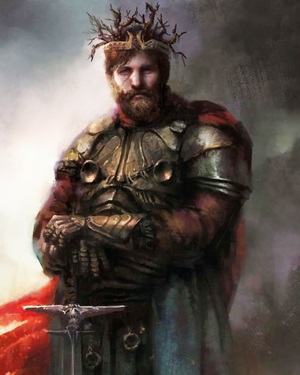 Thirdborn son of King Qhorwyn Hoare, Harwyn spent the first part of his life travelling and reaving around the world. After returning to the Iron Islands, he rose up to become the King of the Iron Islands who conquered the Riverlands.

The son and successor of Harwyn Hoare and second King of the Isles and Rivers. He spent much of his reign trying to expand his domain, but never achieved the same prominence as his father. He was succeeded by his son Harren.