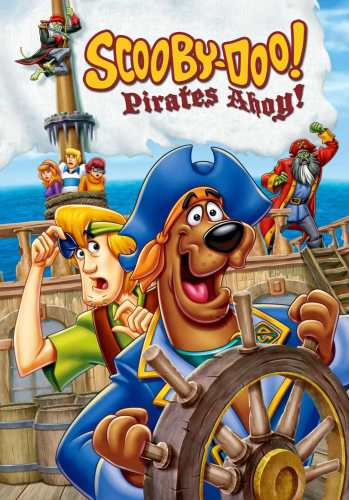 The tenth feature in the Scooby-Doo Direct-to-Video Film Series, Scooby-Doo! Pirates Ahoy! was produced by Warner Bros. Animation, featuring pirate ghosts in an attempt to cash in on the then-current pirate trend started by Disney's Pirates of the Caribbean: The Curse of the Black Pearl.
Advertisement:

For Fred's birthday, his parents take him on a mystery cruise, but accidentally end up solving all of the mysteries staged by the crew in order to keep the passengers entertained. However, can they solve the mystery of that mysterious castaway over there?