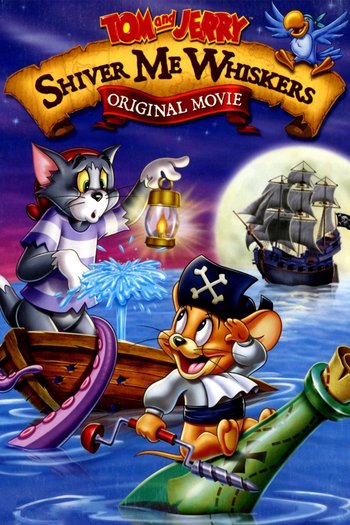 Tom and Jerry: Shiver Me Whiskers is the fourth installment of the Tom and Jerry Direct-to-Video film series. It features the cat and mouse rivals within a pirate setting as they hunt for the lost treasure of the Spanish Mane.

Curiously was released in the same year Scooby-Doo also had a pirate themed direct-to-video movie in Scooby-Doo! Pirates Ahoy! . Ironically, Kathy Najimy and Dan Castellaneta have supporting roles in both movies.