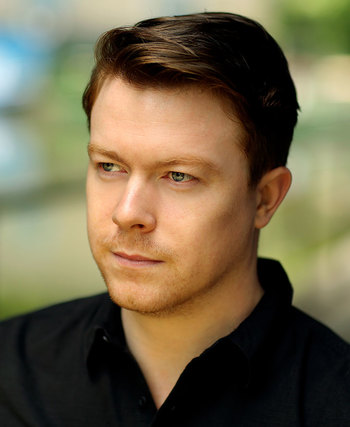 Daniel Rigby (born 6 December 1982 in Cheadle Hulme, England) is a British actor from Greater Manchester, with classical training but venturing into Stand-Up Comedy for a few years before deciding the screen was for him. One of his first TV roles was the successful Lillies, which all the while still faded into obscurity after only eight episodes. Most of his other roles, however, have been much more greatly successful. This does include in theatre and on radio, such as voicing the radio drama Warhorses of Letters as deuteragonist with Stephen Fry and winning a regional best actor award for his performance in Breaking the Code.

His performance as Eric Morecambe in the BBC movie Eric And Ernie won him the BAFTA for Best Actor in 2011 (over Doctor Who and Sherlock, obvious choices) and was his most memorable role until he became the face of the famous BT phone and internet adverts the following year as character Simon — when he took a part in Black Mirror in 2013, his name was finally learnt, though all three excellent roles are still immediately associated with him.

Since 2015, he's also been the narrator of Teletubbies.