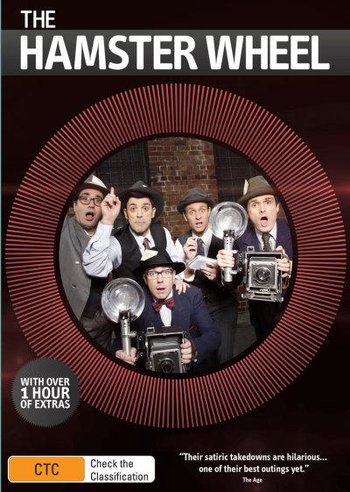 The Hamster Wheel is an Australian satirical news and current affairs show produced and broadcast by The ABC (the Australian one), starting in 2012 and hosted by comedians Andrew Hansen, Dominic Knight, Chas Licciardello, Julian Morrow, Craig Reucassel, and Chris Taylor, collectively known as The Chaser.

The Hamster Wheel provides examples of: