Webcomic / Alone in a Crowd 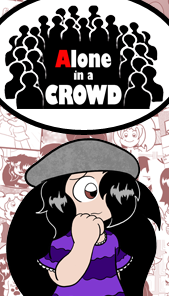 In March 2013, the webcomic went on an indefinite hiatus and in June 2014, the author started working on a new comic

that concluded on March 2015. The site itself went down sometime in 2017. Note that a sizable chunk of the comic is still available on Wayback Machine.