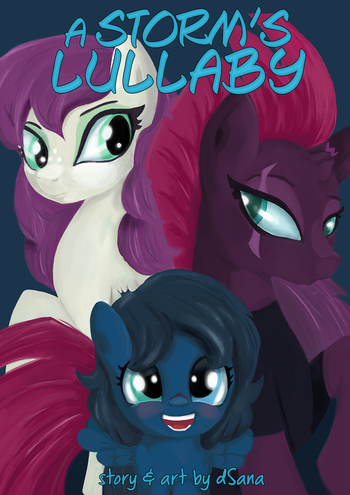 The Storm King has been defeated, Equestria is magically restored and Tempest Shadow has set off for a journey to share what she’s learned about friendship. But when she meets two ponies whose lives have been irreversibly changed by the invasion, it’s up to her to fix what the Staff of Sacanus could not.

A Storm's Lullaby provides examples of: