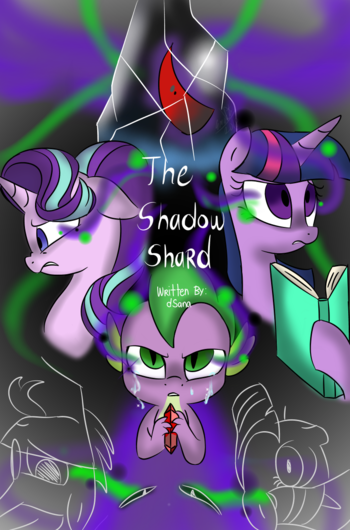 is a Fan Webcomic drawn and written by dSana

on DeviantArt, based off My Little Pony: Friendship Is Magic

The bond between Twilight and Spike cannot be broken.

When visiting the Crystal Empire, Spike is forced to rethink his place in Twilight’s life, while ponies struggle to deal with the awakened darkness that feeds on the worst fears.

The Shadow Shard provides examples of: