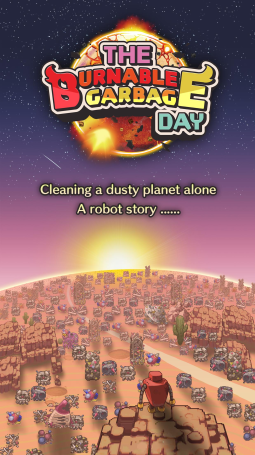 The Burnable Garbage Day is a Japanese story-driven Simulation Game with Idle Game elements by GameOn co. Ltd. You play as CR-999, a cleaning robot that reactivates on a desolate, garbage-covered Earth. Your goal is to clear all the garbage, rebuild the cities of Earth, and perhaps find out how all this happened.

for the iOS here

Examples of the following tropes scavenged: