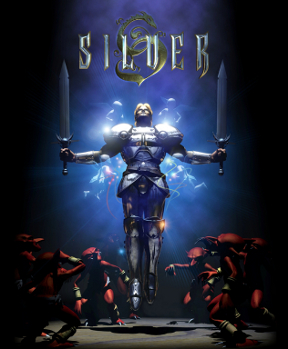 Silver is an Action-Adventure with RPG elements developed by Spiral House and released for Windows in 1999 and for the Sega Dreamcast in 2000.

The evil sorcerer Silver kidnaps women from all over Jarrah to choose a new wife. David, whose wife was among the kidnapped women, joins the rebels and embarks on a quest to find the eight magic orbs and defeat Silver once and for all. During his adventures, he meets several people who help him and might even agree to fight by his side.

The game got released