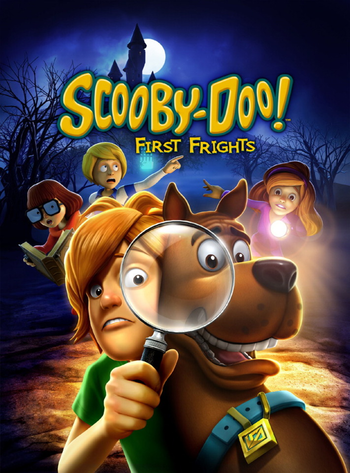 Scooby-Doo! First Frights is a 2009 platform video game based on the popular cartoon character of the same name.
Advertisement:

The game consists of four episodes, each of them having younger versions of Mystery, Inc. collecting clues to determine the true identity of the monster disguise after facing said monster in a boss fight.

A sequel was released in 2010 titled Scooby-Doo! and the Spooky Swamp.