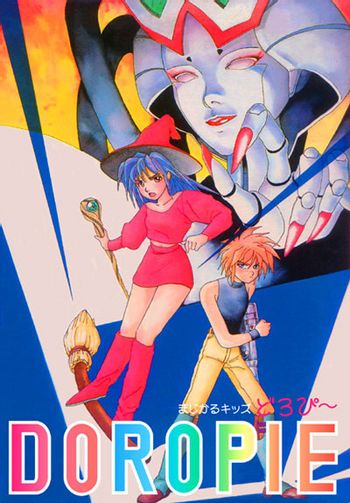 ...Okay, there's a little more than that: basically, it's 1999 and the Earth is being invaded by aliens, the Akudama Empire. Earth's weapons have no chance against its army of robots, so a mercenary, Kagemaru, is sent to get a staff, and summons the witch, Doropie, to save the world!

The American version was called The Krion Conquest, perhaps to give the game a less girly title (it had been advertised as Francesca's Wand); it also removed most of the story, which was restored in a Fan Translation.

Don't confuse this with Magical Drop.