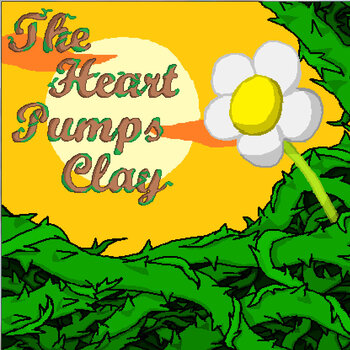 "I know a secret", rasped the crow, and he laughed with a "ha" and a "caw," and then he spoke of a forest no one else had ever been to, and in the forest was a tree taller than any other tree, and at the tippy-top of this tree was a power unlike any other: the Source of All Things...
Advertisement:

is an RPG by Housekeeping. The game uses RPG Maker VX Ace as its engine, but has an entirely original soundtrack.

In The Heart Pumps Clay, you play as the swamp witch, Mara, her golem, Bud, and a talking Crow, named Crow. They are trying to climb the Tree of Life to get to the Source of All Things.