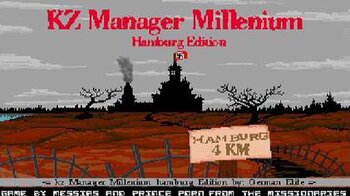 KZ Manager is an Austrian game (with many clones) whose earliest version has been developed in 1990 and in which you are a KZ* "Konzentrationslager", concentration camp Manager.

In this game, the player is a Nazi concentration camp director who has to manage the "Human Resources" (Jews, Turks and Gypsies) by making them work to meet the costs of the lethal gas and the burning of the corpses. If you don't execute enough inmates, your public opinion will drop and you will eventually lose.

This game is, of course, very controversial.