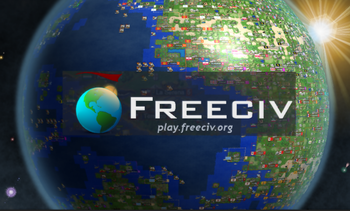 Freeciv is a FOSS (Free / Open Source Software) implementation of the Civilization family of turn-based strategy games, borrowing mainly from Civilization I and II with some elements from III. Several rule sets are provided allowing for different types of game behavior. In addition, because the source code to the game itself is available, a sufficiently motivated and knowledgeable person can implement changes to the game's behavior beyond anything possible merely by changing the rule set the game uses, including behavior not found in the commercial precursors to this game.
Advertisement: