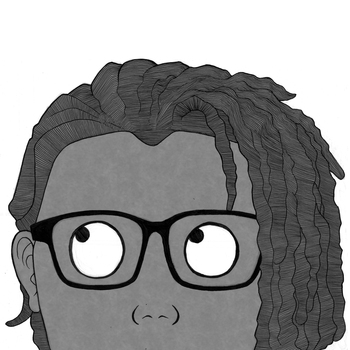 Wheezy debuted on November 7, 1990. It tells the story of CS Jones, a quiet Starving Artist whose internet handle, derived from a high school nickname, provides the current working title.

The "show" is notable for its unusual format - it's made entirely in Real Life, in Real Time, and features no script or direction. The cast, crew, and audience are just whoever happen to wander in. Little of it has been written about, little moving footage of it is known to exist, and it's gone completely unadvertised, although various spinoff stories, character blogs, and pieces of Concept Art have been posted online

Production began in the D.C. metro area, then moved to Florida 10 years through its run due to Executive Meddling and cost concerns. With the move came a Halfway Plot Switch that took the series in a Darker and Edgier direction. This was widely considered a mistake. 15 years later, it relocated again to Philadelphia, where it's still set.

It's received mixed reviews, and although it may have developed a small cult following in the areas where it's produced (it's hard to tell), many have also dismissed it as "depressing," "too self-indulgent," and "lacking focus." However, all of the cast involved have been praised for their extremely convincing performances as themselves.

Ooh, City Noir, a favorite trope of mine. Be glad you don't have snow in Tampa. ~a vandal

Your drawings are so cool. Nice work on them! Sincerely! (P.S. I'm female.) ~ Arcadiarika

One good act of vandalism deserves another. ~Zudak

I shall start watching you here and on DA. (P.S. I'm tasakeru828, if you want to reciprocate) ~ FringeBenefits

You are a great con critter. Thanks for giving me such lengthy advice on my cruddy art. -AHR

And now to set your page on fire. This is nothing new, from me anyways ;P - Nekoalexa

^ Oh shit, I need to update that YKTTW now. It's been comatose for months. - Wheezy

So i herd u liek churchtanks - Our GLORIOUS Leader

Thanks to you I now like "The Only Way" by Gotye. Like, a lot. So thanks. —Tre

I recently stumbled upon Wheezy a short time ago, and even though it lags a bit in-between arcs, I love its scary realism~! - Tidal_Wave_17

I never bothered to vandalise your page? A travesty! Also, I'm officially stalking you in Writer's Block and Visual Art now, just so you know. - Noaqiyeum

I invade your page for Glorious Motherland. I will suck sweet minerals from the mountains of your hopes and dreams. - Mr Mallard