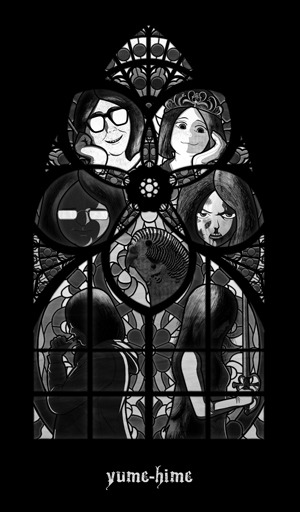 When Laurie Connelly was ten and obsessed with anime, she dreamed up an alter-ego. She forgot about her in her teens, but eight years later, in a deranged NyQuil fever dream, she came back. And she wasn't happy.

From there, things got weird. Between all the demons, the holes in the sky, and the coming end of the world... It's hard to explain.

Yume-Hime is a Webcomic/Web Serial Novel hybrid written and illustrated by CS Jones. It can be read at Yumehi.me

This Webcomic Provides Examples of