A troper who really likes rubber ducks. QUACK!
You can call me Smily. I've had the username for around 7 or 8 years now. I hail from Lincoln - The one in England - and I'm a quacking good digital artist.

For those who are curious to other matters concerning me, a Misc. section is now under construction. 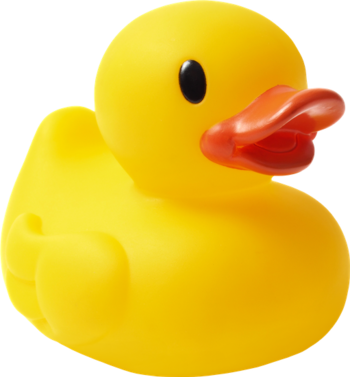 Tropes I feel apply to me