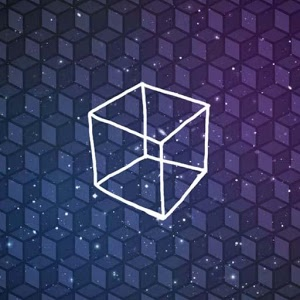 and available to play on their website, Android and iOS. Unlike many Room Escape games, Cube Escape is noteworthy for having a complex, ongoing, non-linear storyline with surreal themes and visual styling evocative of filmmakers such as Dario Argento, David Lynch and Luis Buñuel. As a result, players can expect a great deal of nightmarish imagery and gore.
Advertisement:

The individual games have quite varied settings and objectives but are all linked by mysterious black and white cubes. As the story progresses, the nature of the cubes and their relationship to the mysterious location known as Rusty Lake are gradually revealed.

The series is currently ongoing. Games in the Cube Escape series released, most of which are free, are thus far:

There are also five pay-to-play installments, which are set in the same universe as the free-to-play games but are lengthier and more difficult (or, in TWD's case, more narrative-focused); these games typically serve to fill in the backstory of the series, as well as make sense of some of the more Mind Screw-y aspects of the series. The paid entries are also available on Steam.

(a standalone game made prior to Seasons) was released for free on Steam; this remake adds extra content which connects the events of the game into the Rusty Lake universe. Additionally, on October 14, 2020, the Cube Escape Collection

was put for sale on Steam; though mainly an anthology of the free-to-play titles that had used Adobe Flash, it also includes additional secrets.

Not to be confused with another series of works involving cubes and escaping. Or games involving trying to escape with a cube.

This series includes examples of the following: