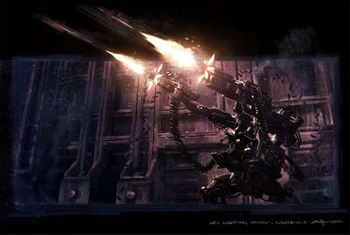 This is what happens when you hit my Berserk Button.

Something which I have plenty of.
Advertisement:

BEHOLD. I am...COMMANDODUDE, A commando, who was a totally awesome dude...And henceforth, my online moniker nickname became...

Well, the most you could possible know, is that he is a 19 year old college student...from Cuhlifohrnia. Who would love nothing more then to veg out at his computer watching various Anime. In fact, he has a particular penchant for a certain kind. You could even call it...an obsession.

But, I digress, anymore and I'd have to kill you.

But beyond that, I friken LOVE everything Halo, all that is yuri, and have been accused of being a total siscon.

I'm generally pretty amiable, but, because I am Literal-Minded, I tend not to take jokes at my expense very well.

Just do yourself a favor and Don't piss me off. Because I will hold a grudge.

Try not to overindulge my ego, it can get to my head really quick.

Tropes that apply to da man behind teh avatar.

Here's where I dump all my ideas for Mecha

Oh look, this is the part where I get to list all the awesome shit I love.

As long as it isn't offensive [spoiler:See above pictures.]