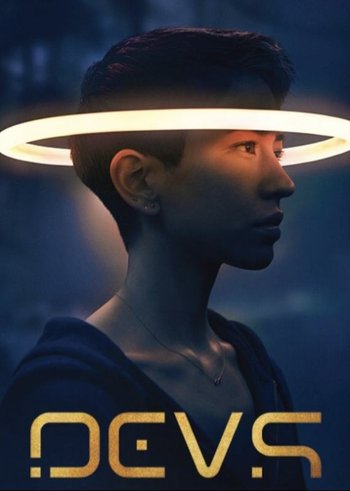 "Who was Mark Antony?"
Advertisement:

Lily Chang (Mizuno) and her boyfriend Sergei (Karl Glusman) are a happy couple living in Silicon Valley and working at tech giant Amaya, run by genius CEO Forest (Offerman). After Sergei is promoted to Amaya's secretive "Devs" division, a chain of events unfurls that leaves Lily questioning the nature of her relationship, the true mission of Amaya, and the very concept of free will.

Typical to a Garland project, Devs explores themes of Existential Horror through the use of Science Fiction tropes.