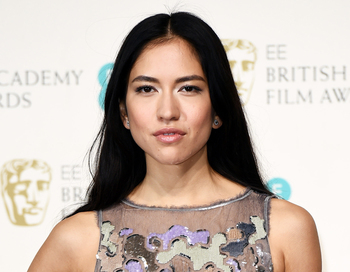 Sonoya Mizuno (born July 1, 1986 in Tokyo, Japan) is a British actress and model of Japanese and Italian descent. She is also a trained ballerina and has utilized this in music videos and film roles.