A Canadian mini-series airing on the Canadian Broadcasting Corporation network in 1993. Focus of the series shifts back and forth between those planning the raid on Dieppe on August 19, 1942, and one of the platoons of Canadian infantrymen that was charged with carrying out the landings. 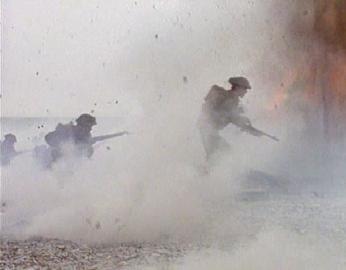 The four hour, two-part series is largely based on the book "Unauthorized Action" by Brian Loring-Villa. His contention was that the Dieppe Raid was never actually authorized, and that Mountbatten proceeded to mount the raid in the face of objections by his superiors, amidst a complicated political climate that gave rise to the conditions where he could do so. More recent scholarship has come to light in the years since, notably One Day in August by David O'Keefe, who contends the raid was a cover for a special forces mission to capture German code machine parts.

The thrust of the show is to demonstrate how the senior commanders came to the decision to launch what turned out to be a disaster, and the effects on the common soldiers at the bottom of the chain of command, who paid the price.