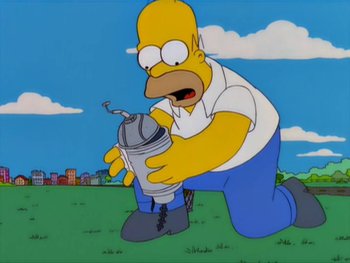 "Linguo... dead?!"
In this homage to such movies as Go and Run Lola Run, Homer's severed thumb, Lisa's mad rush to school, and Bart and Milhouse encountering the local Mafia are interconnected to show how each of these events are related.