Recap / Star Trek: The Next Generation S1E9 "Hide and Q" 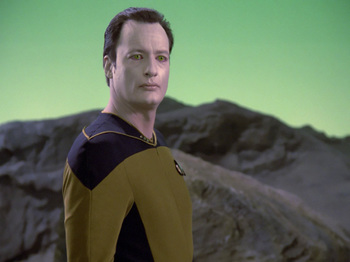 Use the Power of the Q, Riker!
Advertisement:

Q returns to the Enterprise to tempt Commander Riker into joining the Q Continuum with the lure of Q's powers.